I usually plan my characters first, before going on to the plot, when I write a story. Sometimes when I get a great idea – great for me LOL – I note it down of course, then I let myself dive into a whole new universe… 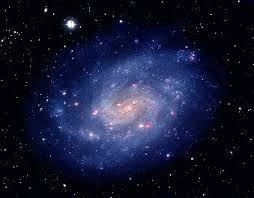 I sort of enter a relationship with every of the characters I made up and as I get to know more about them, I slowly build up a plot that will maybe never be written – haha, because I’ve never thought of seriously writing a novel before I met NaNo.

I know my characters by heart and sometimes, when a new character is being introduced, I write a file on him/her. i.e: name, hair colour, qualities, magical powers, etc. all this on a sheet of paper.

If I ever start writing, then the story will go smoothly, easily…

Yes, that’s what works for me: meet your characters first, then find out about the story they want to tell.

But for NaNoWriMo I did not have as much time as I would like – I might have had one month, but hey there were exams too! – and therefore I briefly thought of my characters, and mainly concentrated on the storyline, plot, chapters, techniques, etc.

Although my word count is awesome for my first time doing NaNo – in two days I think I’ll be done writing 50k already! – my story… um became a mess! LOL Because I did not take time to know more of my characters and now they’re all against me, I mean, against the plan/plot. They are as unpredictable as humans! I’ve stopped following the October planning anyway, because I’ve planned for halfway of my story only, and now I’m halfway. Yes only halfway, because it’s true that a fantasy novel is rather heavy, and is around 80k – 120k words… and I totally agree with that.

And now, my characters are turning the story into a fantasy/romance novel. 😛 I like how they render it interesting though. The characters I’ve met during such a challenge as NaNo are those who encourage me to wake up and write at least 2000 words a day and motivate me to go further into this novel…

Writing is like a hike. You know the route you’re going to take, you even have a guide, but in truth you don’t really know what’s going to happen once you attack the journey. The weather might turn you down, or your food and water supplies, or you could break your leg accidentally… You might know how it begins and how it ends… but do you really know what’s going to happen in the middle? As my teacher said on Tuesday,

Man is not the master of his fate. He undergoes his fate.

But nevertheless I think that the editing will suck.

5 thoughts on “Getting to Know More About My Characters…”