This French quote from François Mauriac very much describes my main motivation for siding with evil characters in my stories. I can’t really translate it though, because in English it won’t have that same impact it had on me, you see… The French language has a particular (charming and poetic) style that I just can’t reproduce in English. But basically, Mauriac tells us that he prefers to write on those who are ‘evil’ and unconventional instead of those who are good and virtuous.

Let me explain. And since I like bullet points…

Here are 5 reasons why I prefer evil characters:

In every story, especially in fairy tales, we tend to emphasise only on the protagonist. We go on his journey and fall for him. We are angry when the evil force is nearly winning. But then, did you ever stop to think about the evil character’s own side of the story? Everyone has his own story. That’s what made us who we are now. Whether we choose to become evil or good depends solely on us. Yes, it does… So the questions arise: why did he become evil? Or why did she choose the good rightful path instead? That’s why it’s so fascinating to write on the evil character’s side. Because I know there’s something more to just that evil person… there’s a backstory…

For example: (and my favourite one) Morgan Le Fay, sister of Arthur Pendragon in the Arthurian legend, is thought to be evil… A sorceress. A fay. But then, many have tried to understand and interpret her story. In the Merlin BBC series, she is a good and kind girl in the first two seasons, although we can see her slowly changing to what she is to become. We can see it… all. All the reasons why, everything she had to go through… we saw it all. And we pity her and love her and thus accept her as the evil cold-blooded sorceress she has become at the end of the series.

2. They stand for a cause they believe is right…

Indeed they do. If you do your research well, you will find that they are in fact fighting for a cause, one that might seem cruel to us, but which is much meaningful to them, and unfortunately for them, no one appears to understand…

I’m going to give two examples:

Morgaine, another version of Morgan le Fay, in The Mists of Avalon, is also a sorceress indeed, but the story goes further into showing us that her ‘magic’ stuff is simply her religion, and that, at that time, Christianity was taking over Europe, thus condemning all non-Christians, blaming other religions for being blasphemous and evil. Yet she helped her aunt, Viviane, to restore the old religion, their religion, Camelot’s true religion, back… in vain.

Then, there’s a series I watched recently called The Tudors. It mainly revolves around Henry Tudor, but a specific character caught my attention. She was not always much important, but I was deeply touched by her story. 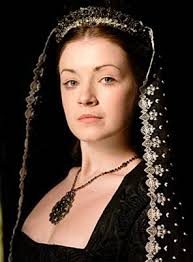 Her name is Mary Tudor, later Mary I of England and Ireland.

In that historical series, there are no good nor bad characters. But if we look at it in a childish way, Henry is the protagonist, thus the good one, (haha…) since it’s his story and those who are against him are the evil ones. Mary Tudor was his daughter. She was not exactly against him, but she had strong different views about religion and although it was practically illegal to practice other religions than that of the King (protestants), she still stood up and persisted in keeping her Catholic practices. She died being a Catholic. She never gave up, although she was much lonely on this path. In fact, she had tried to change England’s faith back to Catholicism when she was crowned later after her father, and for that she had burned so many lives… spread so much blood (thus called Bloody Mary)… and that’s exactly why I admire her.

Indeed, she stood up for what she believed was right. Her means to reach her goal were evil and cold-hearted, but since I followed her story in the series…

Let’s say that I would have done the same.

I don’t need examples for this one, since I would only refer to the two women above. Although it is true that there are other examples… like Snow White’s stepmother! She did everything to get the beauty of her stepdaughter… and just never gave up!

Sometimes, we take up a path that is unconventional, but which sounds totally right to us. Yet everyone tries to dissuade us from doing it, discouraging us…

So many artists are giving up because they are being told that they won’t be able to make a living as such. Well, for once, be an evil character and don’t listen. Go for what you feel is right, although it might not sound right to others. And never ever give up. Follow your dreams, endlessly.

Believe in yourself. ‘Til death do us part!

4. They accept them as they are. They won’t change for the benefit of others.

No one is perfect. We are all human after all. Why should we constantly try to please others while getting hurt and being unhappy? Somehow, in an evil character’s story, there’s something… something that happens that strengthens their will to the point that they have to go by evil means to get what they want.

And once they’re on the ride, there’s no going back.

They don’t want to go back either. No regrets. They knew that they did it for a good cause, so… although they know they’ve become evil, they’ll be like: well… whatever… doesn’t matter! I have my reasons…

Don’t you feel better when you start thinking in that way? Accepting all your flaws, as well as your qualities; embracing them… because they form part of what you are!

A good example would be Rumpelstiltskin in Once Upon A Time: in fact, in the beginning, he was only a simple peasant, having a son and a wife. But his wife left him, while his son would soon be forced to go to war. He didn’t want that. He loved his son too much to lose him at such a young age. Thus he sacrificed himself to the Dark One, an evil power which would take over him…

And that’s how he became an evil character. But I love him a lot. And it can be seen that despite becoming the Dark One, he is still a human deep inside, because he happens to fall in love…

5. Finally, they remind me that I should be strong.

We should all be strong and remain strong throughout all our life. We should stand up and be proud of who we are. We should ignore all the prejudices and stares… and follow our heart.

And never give up! (how many times shall I type that until it gets clear cut into our mind!)

After all, not everyone can be good, nor everyone can be bad. We have a choice, but by all means, I just wish you all to be happy. Whether you’ve decided to choose the good or bad path… I’m totally with you.

After all, what are evil characters? They are simple people, who are simply misunderstood and marginalised. They are loners. They are dreamers. Ambitious.

And greatly admiring if you start seeing them that way, right?

At last, that’s why I am happy to be…

36 thoughts on “5 Reasons Why I Prefer Evil Characters”