Narcissist. Self-centred. These are words that describe those people who are in “pursuit of gratification from vanity” or have “egotistic admiration of one’s own physical or mental attributes, that derive from arrogant pride.” (Source: Wikipedia)

When I first discovered that word, I could easily identify some of the people I knew having such a behaviour. From what I had seen in my short life, narcissism was not hard to decipher as those people were so open about being like this… and even proud of their self-adoration. One could imagine someone who likes holding a mirror and looking into it 24 hours a day without shame.

However, lately I’ve found another kind of narcissism. One of a more subtle nature.

And more dangerous as well. 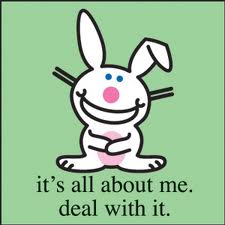 PROFILE OF THE MANIPULATIVE NARCISSIST

He wants to stand out from the crowd; thus he usually has a unique and even amazing personality, however he also likes to follow the trends. A fashionable self-marginalisation.

His narcissism is hidden yet very strong. He hides it behind exaggerated modesty and self-insults, such as ‘I’m not good at this’ or ‘no way is my work good enough’.

He does all this because, in fact, compared to other narcissists, his pride of himself is actually fuelled by the people around him. With his shining personality, balanced with mainstream fashion (so as to get to even the most commonest of people), he attracts his preys, yes preys as you will understand soon, forces them with his hyperbolic modesty to reassure him like ‘of course your work is amazing’ and such. Eventually these compliments, which ever narcissists crave for, boost him up and inflate his pride, as planned.

Nevertheless, it is not enough. Being complimented, appreciated and admired by everyone is not satisfactory for him. There is the need for manipulation.

Indeed, another thing about him: he likes people to be like him, and he tries to influence and therefore change those who are not. He yearns to see his reflection in others. He does not like mirrors. He prefers people.

The way he manipulates people reminds me of the classical ‘reward or punishment’ means. Pavlov’s dog anyone? 🙂

What I mean is, let’s say, for a very simple dumb example, that the narcissist likes to drink a particular brand of water. Now, you as the person who admires him thinks that this special preference of his is ‘cool’ as it is unlike what you or your surroundings usually drink, all the while being biased by the fact that he has such an outstanding personality, which everyone wishes to have eventually. So one day, you take the leap and buy a bottle of water of this brand. You think you’ve at last attracted his attention when in fact he is the one who really did catch yours. Thus, as any predator, he comes to his prey.

You’ve been able to have a conversation with him and started a friendship at last. However, since you bought only one of the special bottles, the next day you are back to that usual brand of yours. To your disappointment, he does not come to you this time, although he still recognises you and waved at you. But no solid conversation, no improvement of the sort. So what can you do? Bring that specific brand again.

And in fact the narcissist will only want to become your friend once you have decided to drink only that brand of his. Then, he might lose interest again as only drinking the same water isn’t enough to satisfy his narcissism. He will slowly compel you to speak like him, act like him, eat what he only likes, even think like him… and so on.

Thus in the end we are left with a narcissist… and his DIY copycats. The more copycats he gets, the stronger he gets.

This however makes him a vulnerable being. People only have to find back their own personality and turn their back to him and he will become weak, desperate, unsure of himself.

Finally, he believes that he is superior, almost like a God, who wants to recreate the others to his own image.

See how I can’t wait to get into real psychological studies?

So now tell me in the comments below, have you ever encountered someone like that… or can you identify yourself to that case in one way or another?