If you haven’t read the first and previous post in this Psychology series, I strongly recommend you to do so here: Narcissism & Manipulation, because the copycat type we’re going to analyse this week is the one whom I let you have a glimpse of in that post.

For those who remember briefly, we encountered the copycat as a victim of the manipulative narcissist, as being easily influenced without a fixed personality to cling on to, copying aspects of the people he admires to fill this identity void of his.

However, he is not to be pitied entirely. 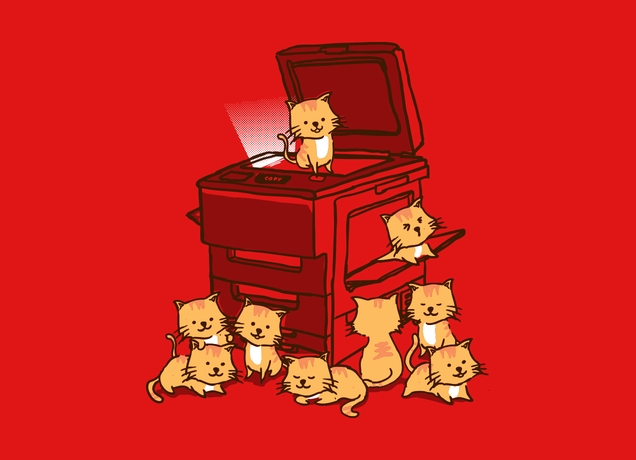 PROFILE OF THE COPYCAT

The copycat mostly blames, wait for it Freudians, yes, his parents for his current condition. In his point of view, his parents treated him as an outsider since he was even born, as if he was defective gift they had received. If a sibling is also involved, the feeling of alienation grows even worse, and by the time he goes to school and reaches an age when he understands what it means for everyone to have an identity, a sole personality, he will immediately feel the lack of a sense of belonging, which his relatives eventually failed to give him.

Thus the search for a community of his own ‘species’ begins. He yearns to fit in somewhere, with people like him and who will accept him as he is. But instead of developing his own personality and bring that to the world, he copies the people around him… until he loses himself in the making, and goes even further away from ‘himself’.

He cannot stop now. He keeps on changing personalities as he shifts from friend to friend, as one might change his clothes. Therefore, often the relationships he builds become a disaster. He is a slave of that vicious cycle, putting one mask onto the other.

We could have pitied him, as he himself pities his own soul every day in the mirror, victimizing himself and blaming others for struggling so much… if it were not for his arrogance.

You see, a copycat runs from himself, ironically to find himself, and this is why he will never admit who he is, that is, a copycat. He will never admit that actually, human relationships don’t matter to him unless they give him what he wants: the power to take whatever aspects he admires in other people.

He is like a mirror seeking to reflect another face, while he denies himself more and more. And as soon as a new more interesting face appears, he leaves the current one and his glass follows the new, without mercy.

He remains however in an illusion… that which he is in control, though he is in fact not even the powerful one. He fools himself in his false cunningness. Because when he gives himself to others as such… he becomes the prey.

And you all already know that his most deadly predator is the manipulative narcissist, of course, because, the copycat, once caught by such a psychological profile, will never be able to escape, for the narcissist will absolutely not let him go, him being now his favourite mirror, clinging to it like it was gold.

The copycat can only deliver himself from that by ending up finding his own self, opening his mind, yet do you think the narcissist will allow him even a second to have a glimpse of the other side of the glass?

In any case, the copycat, as time passes, from childhood to adulthood, deliberately copies others and forces himself to be blind to everything contradicting that lifestyle of his. It has become his drug at last.

To copy and become someone else… anything else, but his deepest sincere self. Again and again. It becomes such a habit that a full-fleshed copycat actually cannot feel guilt or remorse for leaving behind the old ‘clothes’. And he keeps on blaming the others, the ‘old’, for preventing him from being himself and being with people who are like him… Such a good liar too, because he uses a bitter taste of his own victimization in them, which people are usually very sensible to.

A destructive behaviour, in all, both for him and his so-called past, current and even future ‘friends’, because true ones he will and can never have.

So now tell me in the comments below, have you ever encountered someone like that… or can you identify yourself to that case in one way or another?

3 thoughts on “The Copycat & The Search For Belonging”